This is Corrine, member of the PR team at Evolany. In order to get a grasp of the history of Evolany, I decided to interview a special guest today!

Christian, Evolany co-founder, is responsible for UI/UX, recruiting, and preparing the occasional office dinner. He's the one to go to if you need help with design and marketing. Outside of work he keeps busy with multiple hobbies: cycling, playing with his kids, reading, writing, and working out. He's been cooking for over 20 years - mostly spicy foods - and recently picked up baking artisanal bread as well.

Hi Christian, thank you so much for letting me interview you today. This feels incredibly weird because you were the one who interviewed me when I first joined Evolany! I'll do my best, let's get started.

▼Evolany was founded exactly 3 years ago this March, we're still quite young. What were you doing before starting Evolany?

2 years before co-founding Evolany I was building chatbots for an HR firm. Chatbots were just breaking ground back then, and I was fortunate to be an early adopter. 1.5 years after that and I became the Japanese representative for a Singapore-based NLP [Natural Language Processing/AI] chatbot start-up, responsible for evangelising multilingual chatbots in the Japanese hotel industry.

▼Looks like you had an interest in chatbots before. How did you meet your co-founder Song-san?

I actually found him in a Facebook chatbot group. I messaged him and we decided to meet up for lunch. Song-san had already made the 1st version of anybot and was looking to collaborate with like-minded people.

By the end of our lunch he asked if we could meet again a week later - and to bring some business ideas. The next week, while taking advantage of Jonathan's all-you-can-drink softdrink bar, I presented a stack of roughly 30 one-page business plans. Sketches, really, but enough to cement our mutual interest.

We spoke for hours. At the end of the meeting he asked "do you want to start a company?"

"Why not?" I replied, despite the chance of promotion with the Singapore-based start-up. I had already started 3 companies previously, and recognised a great chance when I saw one. Working with Song-san was my first opportunity to work with a top-level engineer and ambitious thinker.

▼I'm not an expert but deciding on a business in 2 meetings is definitely fast. Seems like you enjoy starting a company rather than joining an existing one. Why is that?

I don't enjoy repetitive work. At large companies you can expect the same tasks everyday. I like the challenge of building and learning new things. Wearing many hats. Also, I've always been more motivated by experience over money, and my personality is very much a 'just do it' type. Start-up companies are the perfect place for this.

▼I feel like both you and Song-san are quite similar. What do you think?

In terms of a 'just do it' similarity, yes. But Song-san is an engineer who values speed. He would rather get things done quickly and fix any mistakes along the way. Given my educational background [architecture] and tendency to absorb as much info as possible, I tackle problems differently: proceed at a slower pace but aim for less mistakes. I believe we've created a good balance.

▼Anybot first started as a "chatbot" company. Why did it later change to a "miniapp" company?

When I worked with the HR firm and Singapore-based start-up, I learned quite quickly what chatbots can't and shouldn't do. There are too many limitations with a text-based UI. Even by the time I met Song-san we were both already pushing the limits as to what we can build with chatbots, focussing on rich content and button tap communication flows. Miniapps were the natural evolution of chatbots, which Song-san discovered while researching WeChat and the Chinese market.

▼How was business like for Evolany for the first several months after founding Evolany in March 2018?

Pure hustle. Song-san would program and I would cold-call or email various companies, trying to get through the front-door. We didn't have an office so we worked in different cafes, mostly around Tokyo. Sometimes we worked in Song-san's spare room. Have you ever had St. Marc Cafe's Vietnamese coffee? Highly recommended!

▼I like that cafe too, especially their chocolate croissants! But you eventually moved into an office, right?

After receiving our first investments from LINE, D4V (IDEO), and a few angel investors we moved into our first office. It was October 2018. A nice, cozy space! We've since moved in to a larger office with better desks. I think we've done pretty well so far!

Yes, I definitely agree with both statements. In fact, we are hiring around 5 people (including interns) next month! That's alot considering we're in the middle of the pandemic.

▼Now finally, this is my last question. What are your personal and company visions for the future?

From a business standpoint, I'd love to help re-think how miniapps are designed and created. I'm sure we can make them incredibly affordable while reducing the turnaround time, especially considering the cost and time burden associated with creating, marketing and managing native apps.

In terms of my personal vision, well, I'll definitely be a novelist in the next 5-10 years... Actually, more realistically in the next 2-6 months!

Thank you so much for your time today Christian!

It was very interesting to learn about the history of Evolany. Who knew it started from a chat in a cafe! I hope that many other people will take interest in our company!

For those who want to read the Japanese version please click the link below!

エボラニ株式会社's job postings
How it all started. An interview with the co-founder of Evolany. 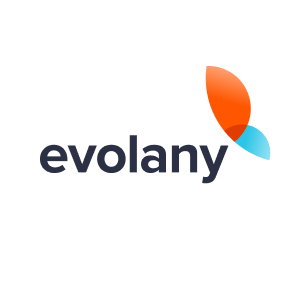 Show other rankings
If this story triggered your interest, go ahead and visit them to learn more
Want to Visit