Wantedly CASE will be sunset on April 30th, 2020. Please ensure you have saved any data you wish to keep by April 29th, 2020. Click here for more info

Spread the Smile with Colours The Brief
ING came together with the Cleft Lip & Palate Association of Malaysia (CLAPAM) with the impetus to raise awareness about the condition and help inflicted children recover their smiles. As cleft lip and palate children are often subjected to alienation, segregation as well as a tendency to experience feelings of estrangement even after receiving corrective surgery, the objective was to uncover a way to instill in them, a sense of confidence. The Spread the Smile movement was initiated by ING Insurance Berhad in 2009. In 2011, we strove to amplify the 2009 success with the idea of generating an even greater response amongst the public.

The SolutionTapping into the healing power of art, a collaboration was instigated with the Dasein Academy of Art. As part of a creative workshop, art and design students from the academy were enlisted to work with cleft children and guide them in the fine art of clay-making. Over 200 beautiful clay sculptures were created from the workshop, inspiring 50 student-made artworks. An exhibition and auction featuring the finished clay sculptures as well as student works inspired by the sculptures was later staged as a fund-raising event. Malaysians were also invited to log onto the Facebook page to select the top 3 artworks that would be auctioned off during the night of the event. A specially crafted invitation pack featuring a colour palette-styled bidding card for the auction was consequently sent out to ING corporate partners. In addition, a range of beautiful premiums was created by design students for the occasion.

The Results
Along with the RM100,000 that was pledged by ING Insurance, a further RM33,700 was raised from the fund-raising event via both the exhibition and auction. Exhibited artworks were sold within the first half hour of the event, garnering overwhelming responses from attendees and media. The campaign succeeded in generating much-needed funds for CLAPAM, aiding the plight of cleft lip and palate children in the form of numerous corrective surgeries, special feeding bottles and psychological support. Since its inception, the fund has since reached out to 500 deserving cleft lip and/or palate individuals comprising children and young adults nationwide. The movement also successfully recruited more than 20,000 new members on Facebook this year, bringing the tally up to more than 72,000 Spread the Smile fanpage members to date. More importantly, the campaign gave the children a valid reason to believe in themselves and in their ability to thrive in life as capable, creative individuals. 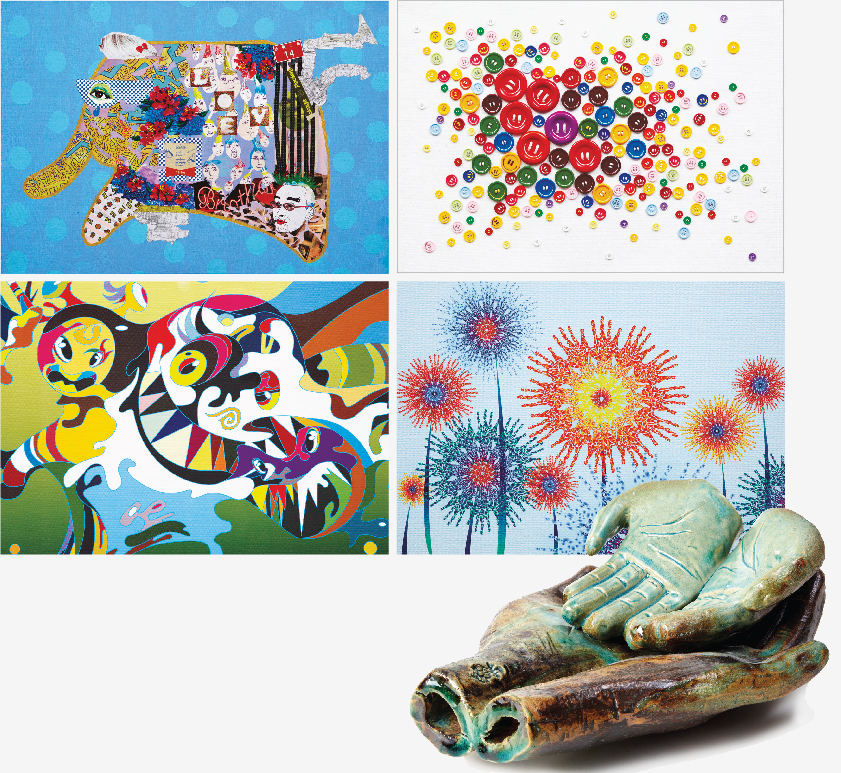 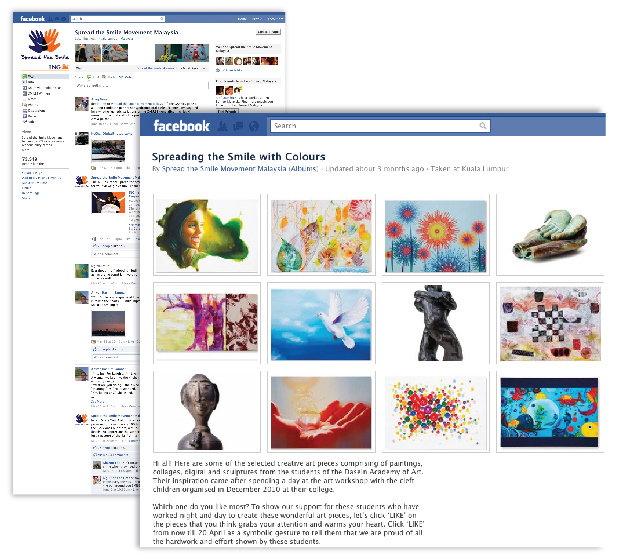 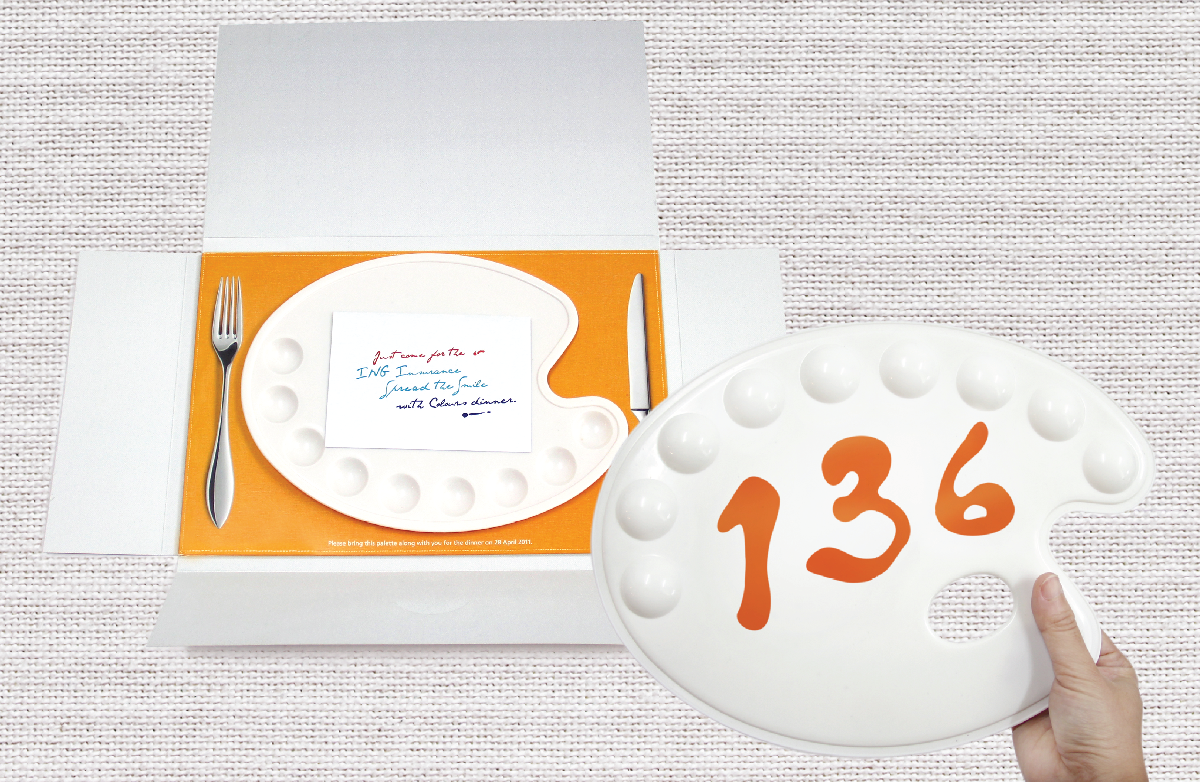 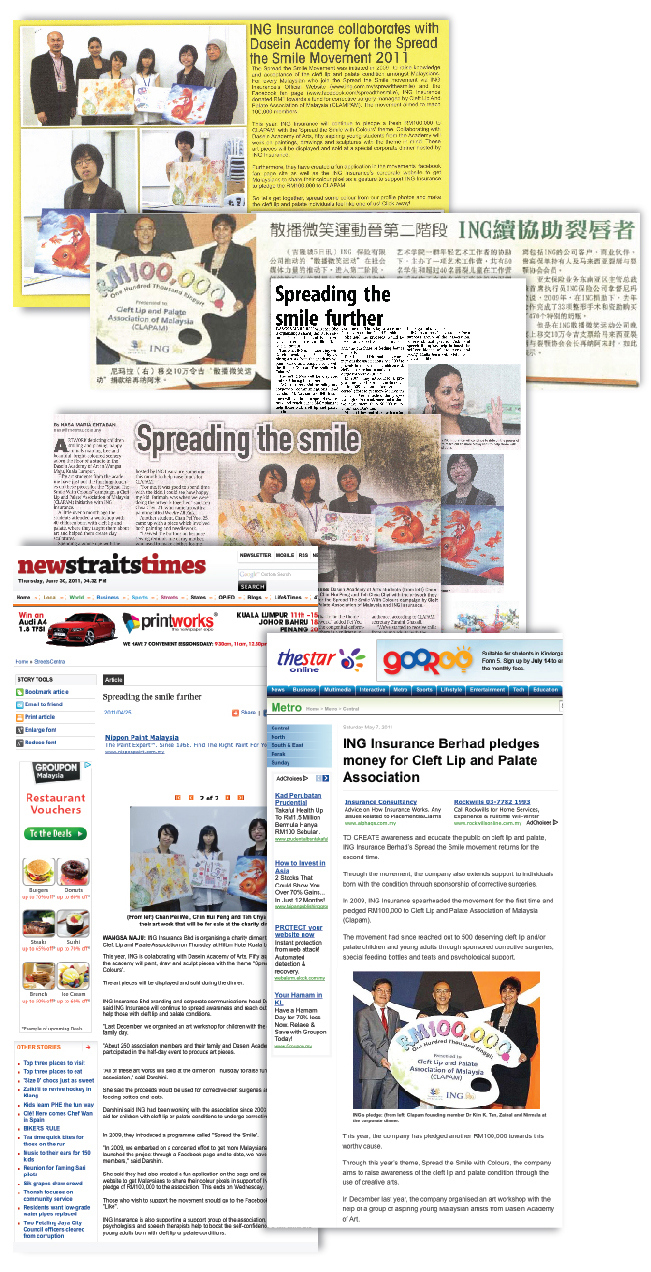 Ride into a year of abundance