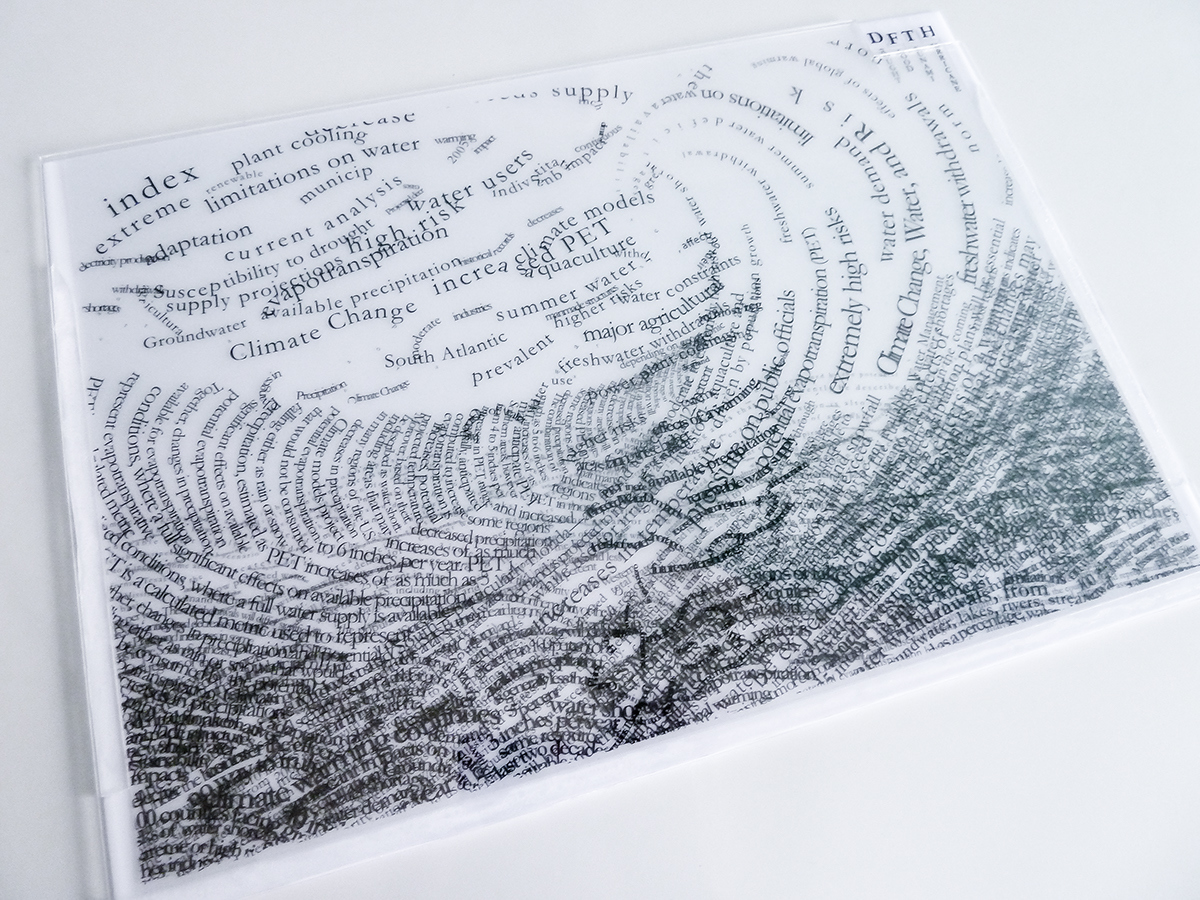 Global warming and the effects of it destroying the Earth have been concerns for the past decades. Based on an article that raises issue on the effects of Global Warming, the work aims to bring the viewers' attention to the fate of the Earth in the hands of human beings.

The interactive piece allows viewers to remove the printed transparencies as though they are removing the water through the process of Potential Evapotranspiration (PET). This can potentially cause natural disasters such as Hurricanes, Tsunamis, Floods and Droughts to occur at alarming rates.

The work begins with a chaotic scene depicting gushing water. As humans interact with the environment, they unknowingly or knowingly harm the environment. This would result in natural disasters happening simultaneously. It drastically reduces the available water source due to water evaporating and disintegrating that will not be formed into clouds again as mentioned by PET.

The process where the audience removes transparencies that in turn reduces the amount of water. 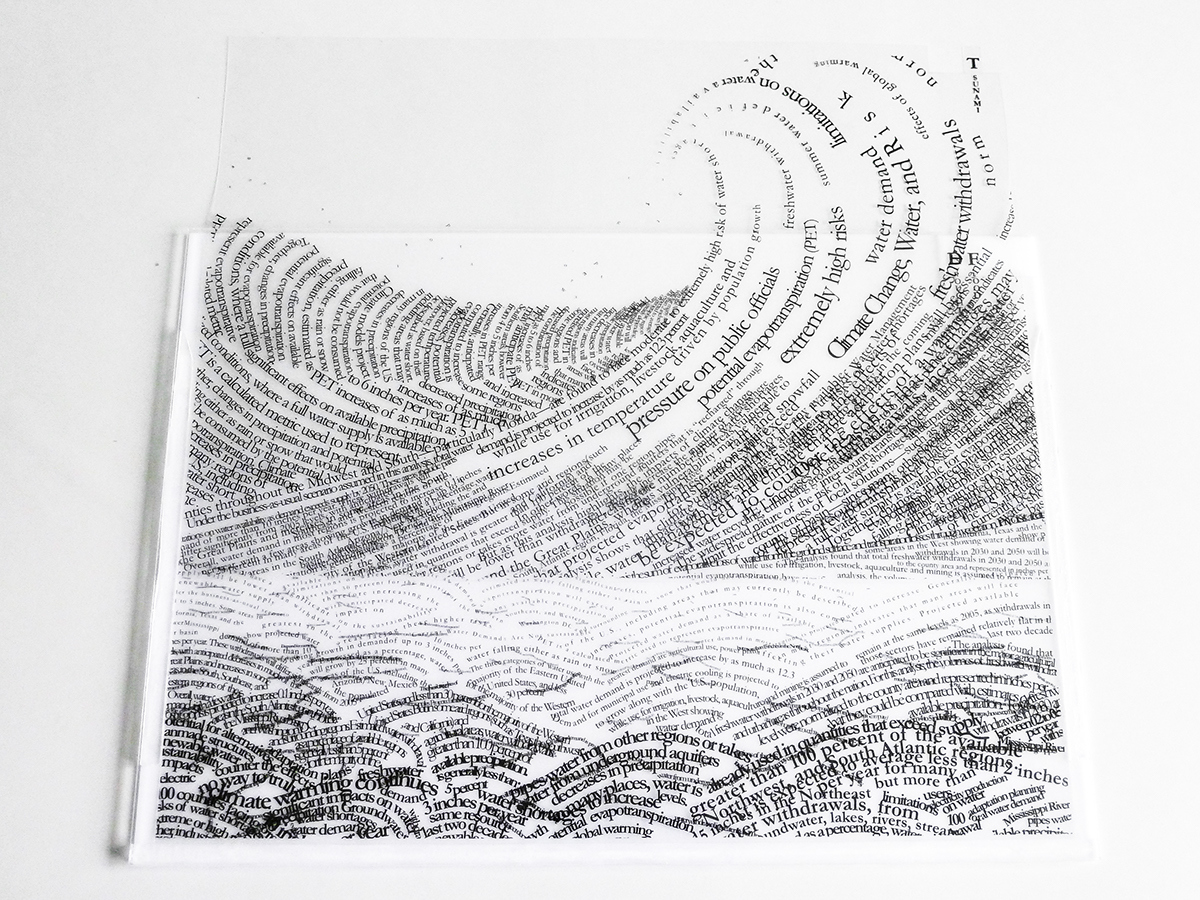 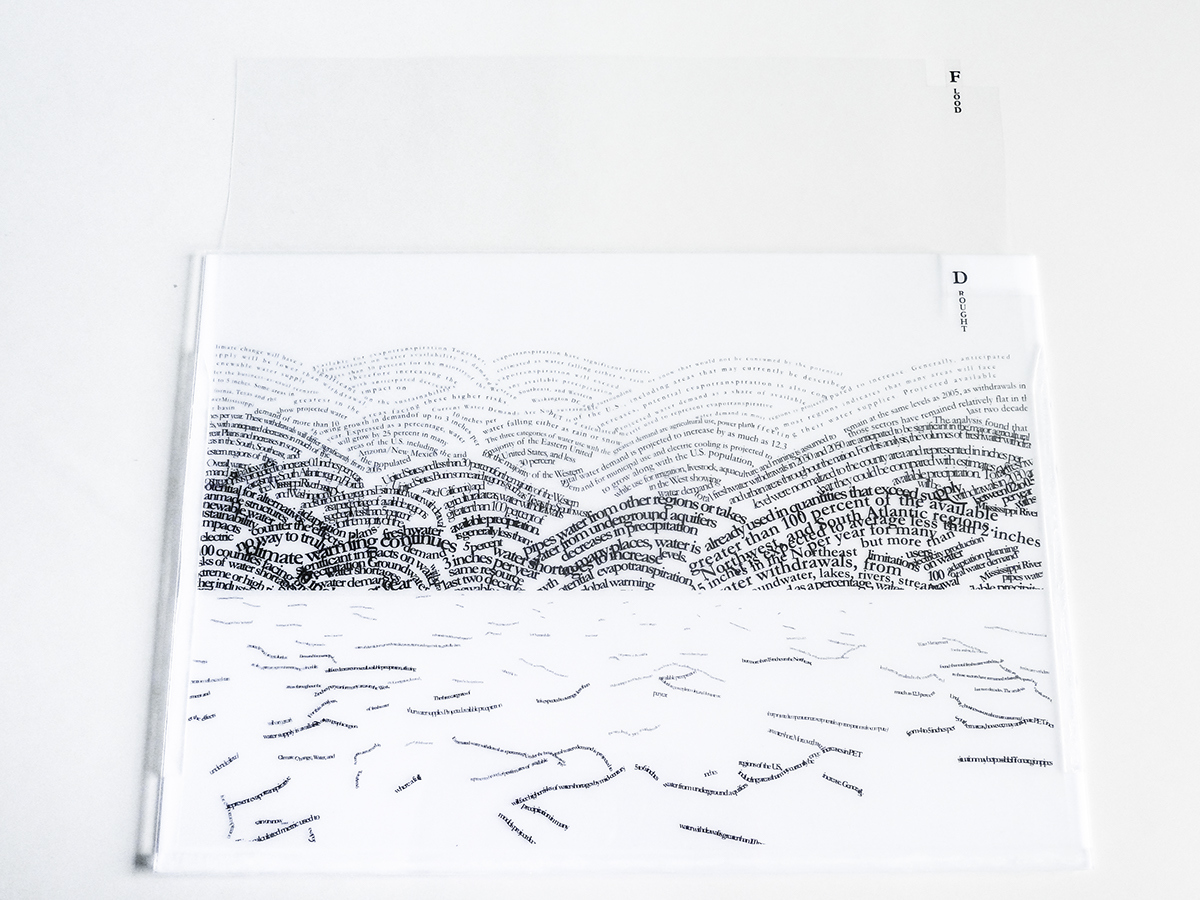 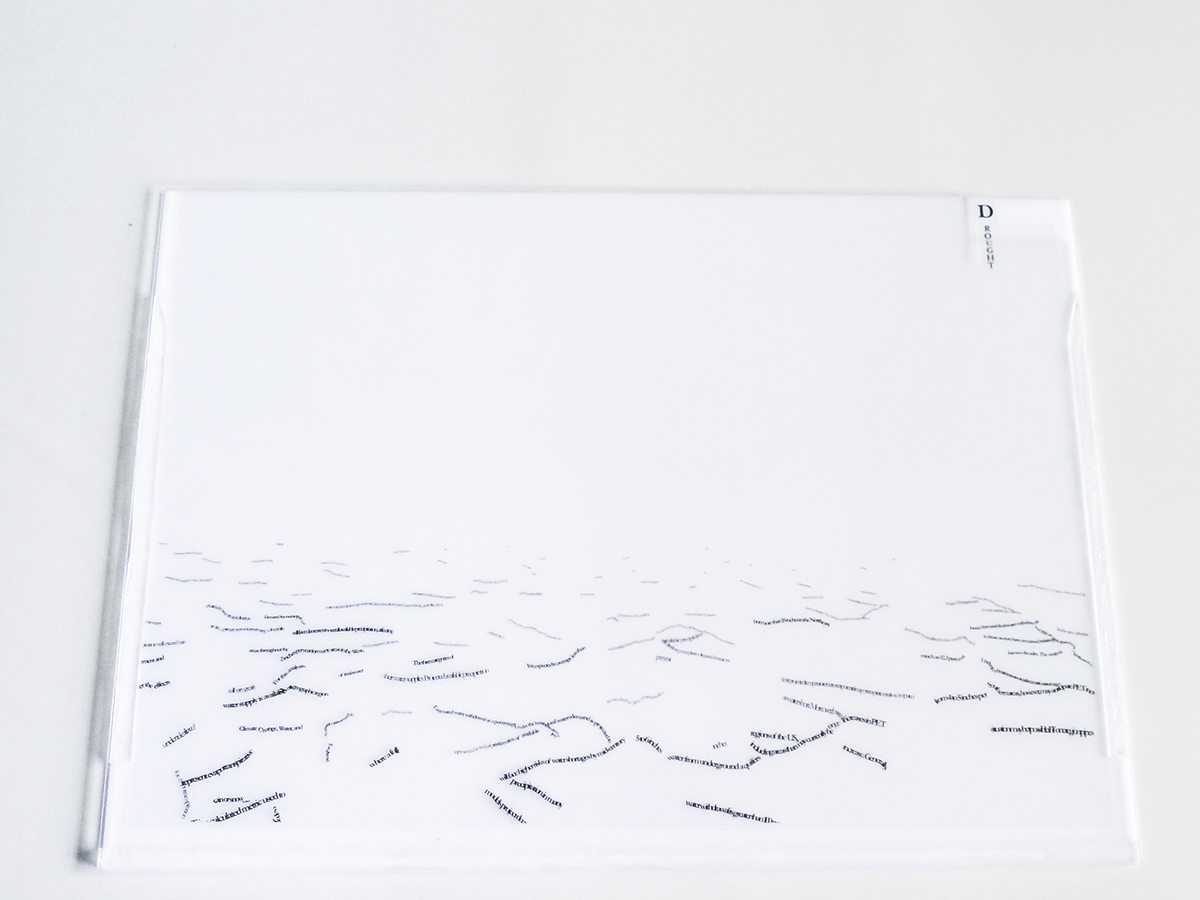 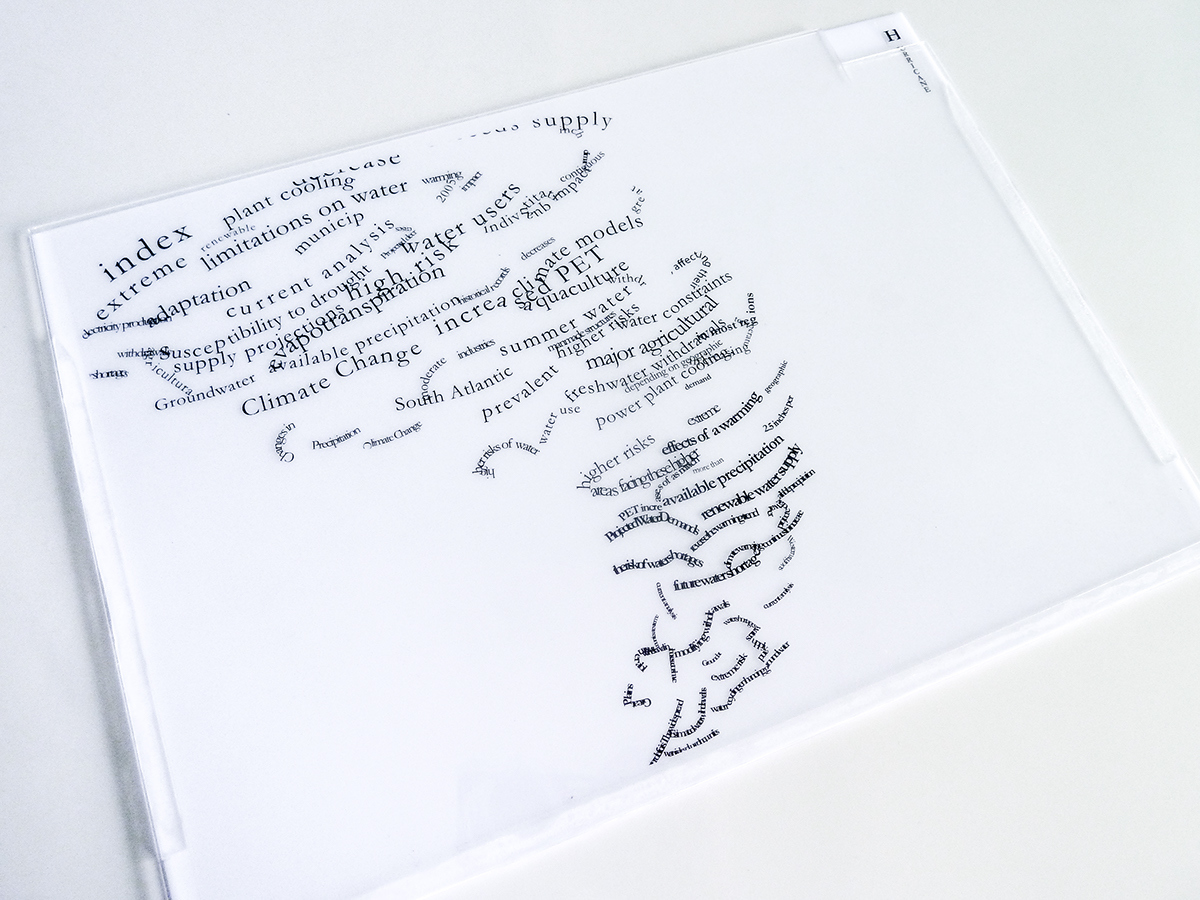 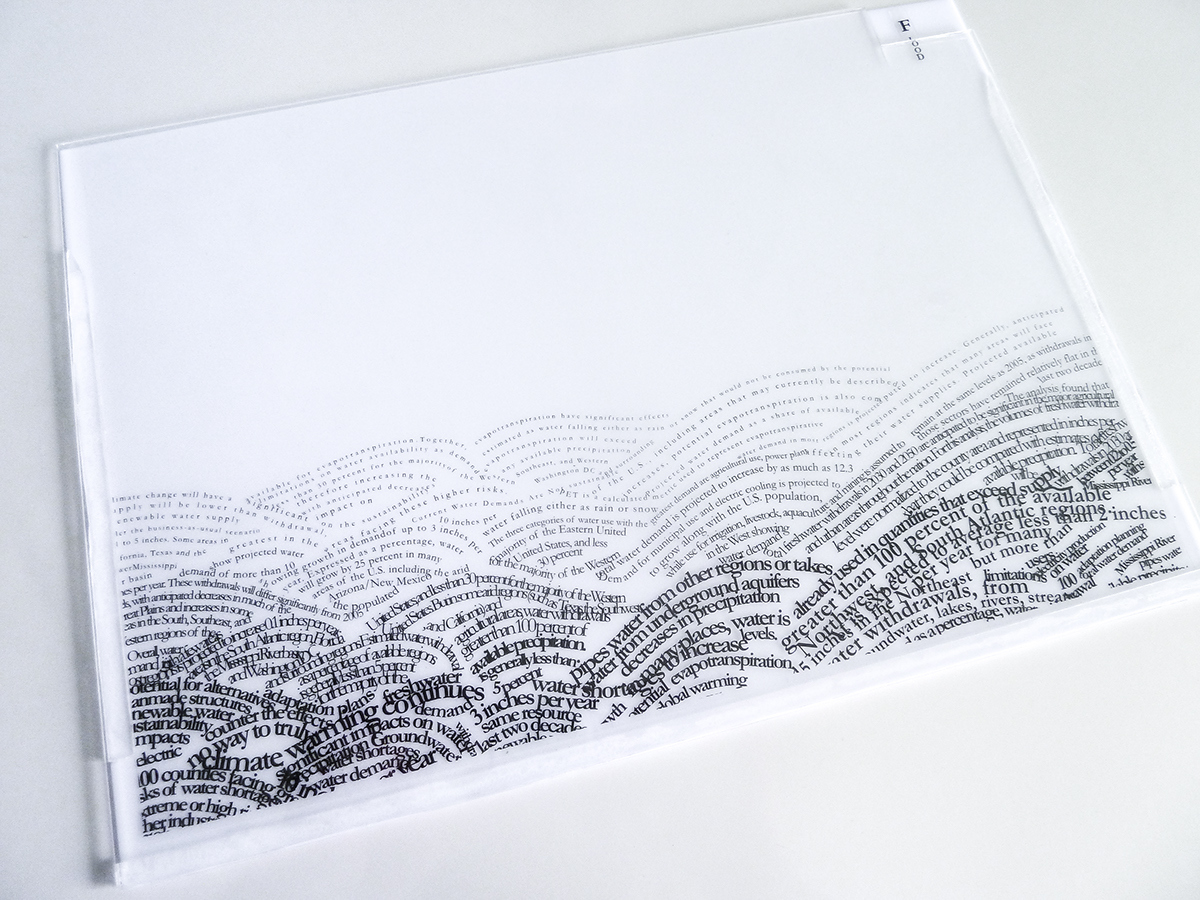 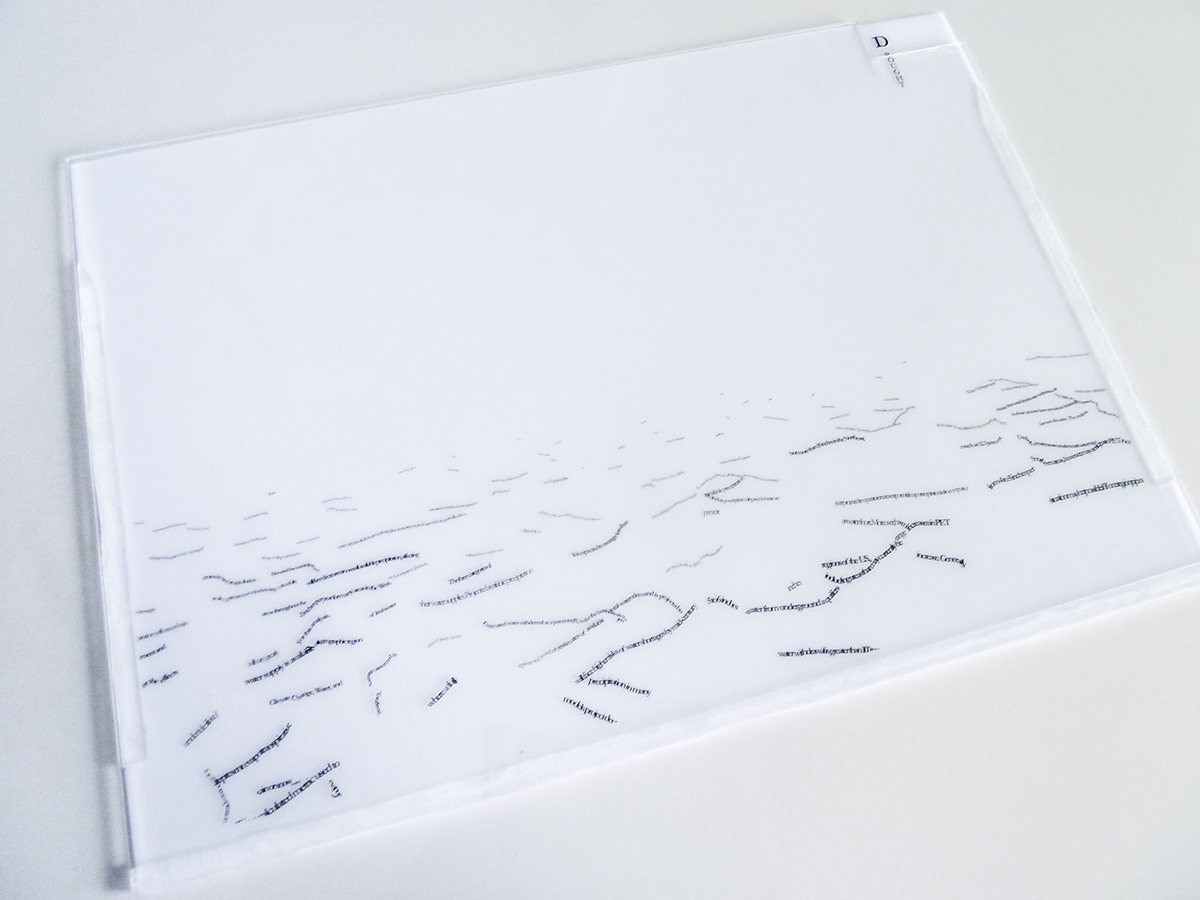