I believe that learning is a key to survival. As a person being in the IT world, we should keep learning otherwise we will be left behind soon.

To bring this experience and IT knowledge back to my home country for future generations is one of my dreams.

What made me come to Japan

The people from my home country, Uzbekistan, have really great respect for Japan. Do you know that there are many common things in Japan and Uzbekistan, such as cultures that respect elder people, cultures of Kamiza and Shimoza, and serving tea to the guest? For this kind of reason, people living in Uzbek feel familiar with Japan, and my parents feel the same way, too. Especially my mother loves Japan so much, that she was watching the movie "Oshin" many times! Also, we all know that the technique of Japanese "Monozukuri" is very wonderful. For these reasons, I came to Japan in 2013 to get a bachelor's degree at Ritsumeikan Asia Pacific University(APU). Besides, my father has a global perspective and thought it is important to learn three languages; English, Russian, and one another. So it was very natural for me to think about studying in another country.

I was able to see international friends from all over the world at APU, We exchanged our cultures, and I invested my time in relationships with others more than in studying, but I definitely can say that was right. I had so much meaningful time with them and learned a lot.                                    Learning Japanese was so hard. I was studying only Japanese for the first six months. I was thinking that talking to various people is extending my speaking skill, so I tried to do that positively like I talked to an unknown elder woman and shared the time to way home together for about 2 hours... It was good memory tho! Anyway, spending such a challenging but wonderful student life, consequently I became able to use Japanese.

I entered APU to study business, but one day I realized that I was not able to into it. I needed to look back on what I really wanted to do. Actually, my mother is an engineer but I remember that she always regretted giving up working even though she had studied a lot because women usually don't work in Uzbekistan.
I wanted to carry on my mother's wish, also I loved making something build from way before, so I became interested in engineering and now, I am working as an engineer in Japan which she loves.

I was particularly interested in hardware/infrastructure in engineering because I believe that they are the foundation of everything to use in the world, such as transportation and delivery systems. Even though a country with remarkable economic development can not move to things the next step without them. However, studying the hardware/infrastructure by myself was a bit tough to beat, so I decided to start by studying software at first and then gradually move on to them.

One step closer to my dream

I started working as a web development engineer in my first career, and in the second company, I handled infrastructure and software development. I could gradually expand my range of skills, and now I am finally able to get into the field of hardware and infrastructure in Alesca. Not only to get the skills but also to contribute to SDGs is one of the reasons why I chose this company. Alesca tries to this world a better place, and I really feel the same way. The water problem, such as pollution, is super serious in Uzbekistan, I have no idea what going to happen in the future. I was unconsciously interested in SDGs because this kind of problem was next to me from the very beginning.

Although Alesca Japan is a software development base, there is a hardware development bese in Alesca Beijing, so we are working on the project together. I'm still learning about hardware, I am "Shoshinsha" basically, so I ask their opinions and get the knowledge to try making things forward. I like being here since both the global and Japanese teams are very open-minded and supportive.             There is one more thing that my favorite point of Alesca is Flexibility. We believe that proposal and execution are very important to the improvement, and we put them into action. For example, in my previous company, the tools or workflow will never change even if there are other good ways to solve it. There were so many tiny rules like, file capacity should be under xxxGB, submit as a PDF, or something like that. Here, however, if you propose and execute what you think is an improvement for the company, every kind of idea will be respected. I personally really like this mindset of us.

Learning is a key to survival

Currently, I am in charge of arranging the infrastructure for new businesses, updating the VPN and system to the latest version, taking care of our IoT device, website development, and taking communication with the global team. I am doing a lot of things, but there is an environment where we can help each other if we need help so it is tough but I enjoy it. Infrastructure/hardware may seem more complicated than the software world. It is true that takes time to understand the concept but personally, I have an image that can make big things with simple operations. This is also one of the reasons why I love the field of infrastructure/hardware.

I believe that learning is a key to survival.As a person being in the IT world, we should keep learning otherwise we will be left behind soon. So I think the "Learn and be curious" is most important for me. Another important way to think is "Attitude". It's hard to explain, but it's like being "Majime" when taking care of everything. I believe it comes from my faith. According to it, earning for living is important but we should not be satisfied with only earning money as human beings. It is said that we are in this world to make the world a better place. In other words, once we start doing something, we have to do that very hard. Having these mentalities for me is absolutely necessary.

The reason why I never stop learning

There are two of my future goals in these five years. First, more learning about hardware development and becoming a master of open source systems like Linux. I am feeling the potential of Linux and I personally really like it very much. Second, building an environment for sharing knowledge with people in Central Asia. For me, IT is necessary knowledge to survive in this world but a lot of people in Central Asia don't have any resources. Many people don't know even how to reach the information. That's why bringing my experience and IT knowledge back to my home country for future generations is one of my dreams.

We learn a lot from each other. As a step toward my dream, I would like to work with someone who has a challenging and ambitious goal. I can clearly say that here Alesca Japan is a wonderful place to make your dreams, and goals come true just like me. If you want to try infrastructure, you can. If you want to try mobile development, anyone can. If you want to try AIML, also. We can do all of them at the same time as well. I really like this. And I know you will like it, too!

アレスカジャパン株式会社's job postings
Alesca people vol.3 / The reason why I never stop learning and being curious 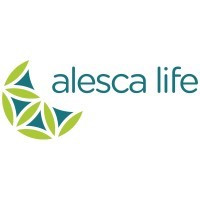 Show other rankings
If this story triggered your interest, why don't you come and visit us?
フルスタックエンジニアを目指せる/アグリテック企業のインフラエンジニア募集
Want to Visit